I received a special gift yesterday.  Today is our anniversary.  Yesterday the boys thirteenth birthday.  You would think I would be excited about a gift the boys received yesterday (which were many, thank you everyone) or something special that my husband did for me today.  But no, it is a much more special gift that I was given yesterday.  I am still in awe.

I need to take a step back and begin this story properly........

I am a typical worried mom back in August as Davey and Will were beginning middle school.  One of my many fears about my babies starting middle school was Davey having to "dress out" for Physical Education.  All the kids go to the locker room and change into their gym clothes before coming outside to participate in the exercise program.  Davey loves to parade around home in his undies (a big improvement from when he wore only his birthday suit) and I was afraid he would do this in the boys locker room while he was changing clothes.  Another bigger fear was that Davey would be taken advantage of or teased in the locker room by the other seventh and eighth grade boys.  I expressed my fears to Davey's wonderful homeroom teacher Mrs F.  She told me not to worry.  She and the physical education staff would make sure Davey had an great experience in his PE class.  OK, I would take their word for it, but follow his progress closely.

First week of school follow up with Davey's teacher Mrs F went well.  She told me that Davey had been assigned a locker next to the office of the PE teachers in the boys locker room.  She also told me Davey had been assigned a buddy to help him "dress out", open his combination lock on his locker in the locker room, and also get dressed back in his street clothes.   This small gesture by the school in helping Davey assimilate into the school and truly be "included" in the middle school experience.

Fast forward to a week ago.  For weeks, Davey has been talking about his "friends" at school and especially his friend Chase.  I mean all the time he talks about all the fun they have at school.  As we got closer to his birthday, Davey said  he wanted to invite Chase to his party.  I said sure but didn't think much about it.  We made party invitations and Davey took them to school and handed them out in his homeroom.  We also invited all of his friends from Special Olympics.  Friday before the party, I asked Davey if he needed any more invitations.  He told me he needed one more for Chase.

Friday afternoon, when Davey got home from school, he brought with him two VERY LARGE balloons that said "Happy Birthday!".  Davey told us Chase had given them to him.  Just amazing.  Davey was so proud of those balloons.  They are still flying high in the living room.

Yesterday, we all piled into the car, went to the park and got ready for the big party.  Guests starting arriving.  We started in on the pizza and got the hot dogs grilling.  Davey mentioned several times that Chase was coming.  And guess what, Chase arrived at the party with his two friends, Chris and Hunter.  These three boys just made me so happy.  All three young men gave Davey a big hug and wished him happy birthday.  Davey was grinning while he was introducing them to everyone.

I had a few minutes to chat with these young men.  They were so polite.  Chris told me Davey has nick named him Tater Tot.  They don't know why, but he is know as Tater Tot by Davey.  Chase told me that they loved being friends with Davey.  They enjoyed watching him make three pointers in PE class.  We all joked about Davey's love for all things Justin Bieber.  Davey is part of their group.

What a great moment for any parent, to meet their friends and realize that they have really nice friends.  But an even greater moment when your child has a special need.  I am so blessed. 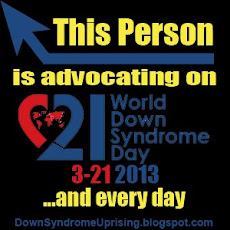 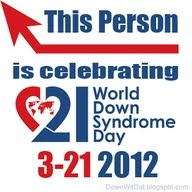 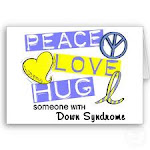